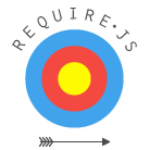 Thanks to Node JS and NPM (that’s Node Package Manager for those not in the know), there’s a ton of talk and effort centered on the concept of JavaScript modules, modular code deployment and streamlined dependency management.

Here’s one particularly interesting exchange I came across regarding the pros and cons of AMD that occurred a couple years back.

It began with a post by James Burke, the creator of the RequireJS library, in a post called Simplicity and JavaScript modules. It’s a long but good read where James expounds on the benefits of modular JavaScript design and his take on the efforts and leanings of the CommonsJS project.

Tom Dale of Ember JS responded with a piece highlighting what he feels are AMD’s deficiencies called AMD is Not the Answer.

Dave Geddes followed up with a counter argument that AMD is the Answer.

There are many, many more threads out there regarding AMD but this particular discussion caught my eye. Even though it’s a bit out of date (seeing how 2 web years is like 10 normal years), it’s still an interesting read.

Each side makes some very convincing points both for and against AMD which are:

From a solution standpoint, Tom recommended using the old Gmail trick of downloading all JS resources in one collection with the code that is not required to be parsed and evaluated at download time commented out and eval()’d when needed. This is a pretty cool idea and I think is worth more evaluation and consideration, though it comes with its own type of additional steps within your workflow. Such as mapping out your application to decide what gets loaded up front and what should be commented out. Then, you need to create some way to manage what needs to get loaded and eval()’d and when. This almost falls into the same philosophy of breaking out your app into modular pieces and loading what you need when. So in some ways, it feels like six of one, half dozen of the other to me.

I’m personally curious in the memory and CPU benchmarks between having the JS interpreter parse the code when it’s first loaded versus eval()ing on demand it. Having come from the old school where improper use of the eval() function often led to confusing and resource consuming code, I’d love to see if this is as beneficial of a solution as it sounds. It certainly is a great idea in terms of getting your app up and running on initial download, so I do see the merit in actually building a test solution out to at least determine that benefit if the size of the app is big enough.

In terms of where I net out overall on the debate, I’m personally not sold on Tom’s arguments against having s JS build process and the loss of elegance when it comes to code style. I personally like the JSCommons approach to defining dependencies and having used a production build process at a previous development shop that delivered an enterprise grade JS driven web application, integrating a Grunt build script to compile, minify and uglify JS code to make it production ready is an acceptable trade off to having a well designed and built web application. I am also a proponent of Unit testing and integrating that into the workflow so consolidating and automating all those tasks via a build tool such as Grunt makes perfect sense to me.

Personally I wonder if there isn’t a way to combine the best of both worlds and help r.js be smart enough to either know how to support that type of compile and runtime evaluation workflow discussed by Tom or at least recognize hooks in the code to build a more efficient way to support it into the developers workbench of tools. That might be the sweet spot the AMD world needs to finally convince those on the other side of the fence that modular code design and delivery CAN work after all.

What is your take?